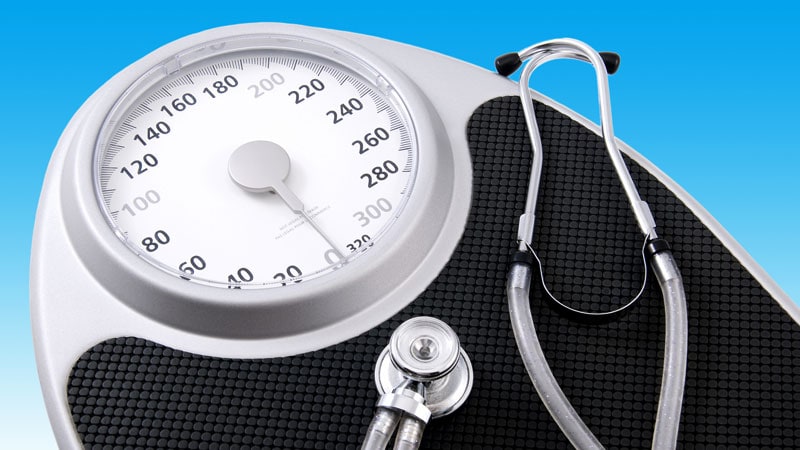 Combining an investigational agent, cagrilintide (Novo Nordisk), with semaglutide, a glucagon-like peptide-1 (GLP-1) agonist, leads to greater weight loss than semaglutide alone in people with a body mass index (BMI) over 27 kg/m2, and the combination was well-tolerated, shows a phase 1 study.

The research was presented at the online ECO 2021 meeting by Lone Enebo, PhD, from Novo Nordisk, Denmark, and simultaneously published in The Lancet.

“Treatment with cagrilintide at all tested doses in combination with semaglutide 2.4 mg was generally well-tolerated with an acceptable safety profile,” say Enebo and coauthors, adding that no apparent difference was seen in the number of adverse events across treatment groups.

The once-weekly dosing regimen was associated with clinically meaningful weight loss of up to 17.1% of body weight without lifestyle interventions.

“These data support the further clinical development of cagrilintide and semaglutide 2.4 mg as a potential novel and effective combination therapy for weight management,” they add.

In an accompanying commentary, Sara Becerril, PhD candidate, and Gema Frühbeck, MD, from the University of Navarra, Pamplona, Spain, said: “Approved pharmacological treatment options [for overweight and obesity] are scarce and do not satisfactorily bridge the gap in efficacy between lifestyle behavioral changes and bariatric surgery to attain sustained long-term results.”

But they emphasize: “Because the study was designed for safety, the weight loss outcomes need to be analyzed with caution. No lifestyle intervention was prescribed to produce weight loss…Moreover, the protocol was amended to include the highest cagrilintide dose, which might have been data driven.”

Study Conducted in US

The STEP trials, which have been published in various journals over the past year, have established the efficacy and safety of semaglutide 2.4 mg to treat people with obesity.

The 20-week trial included a 16-week escalation period (where participants randomized to cagrilintide received progressively increasing doses up to the target dose levels) followed by a 4-week treatment period at target dose (there were six different target dose levels, one per cohort: 0.16, 0.3, 0.6, 1.2, 2.4, or 4.5 mg) and a 5-week follow-up. Participants, investigators, and sponsor were all masked.

The primary endpoint was number of treatment-emergent adverse events from baseline to follow-up (end of week 25).

No Clear Differences in Adverse Events Between Groups

Most adverse events reported were mild or moderate in severity, and there were no apparent differences between treatment groups: events were reported in 69/71 participants taking 0.16-4.5 mg cagrilintide and 23/24 on placebo.

Cagrilintide 4.5 mg led to a mean weight reduction of 15.4% compared with 8.0% for placebo (both plus semaglutide).

“Mean body weight reductions in this trial were also greater than those found in 26 weeks with cagrilintide alone (up to 7.8% reduction in body weight relative to placebo with 4.5-mg dose),” add the authors, referring to previous research.

Enebo and coauthors explain that cagrilintide is thought to affect food choices by targeting both homeostatic and hedonic regions of the brain to induce satiety.

“Although both semaglutide and cagrilintide [both] induce satiety, they operate in different regions of the brain, which might result in an additive effect on appetite regulation. Moreover, the potential for cagrilintide to affect food choices might contribute to the modification of eating behaviors, further improving treatment efficacy.”

Enebo is an employee and shareholder at Novo Nordisk. Becerril and Frühbeck have reported receiving grants from the Salud Carlos III Health Institute, CIBEROBN, and are cofunded by the European Union.