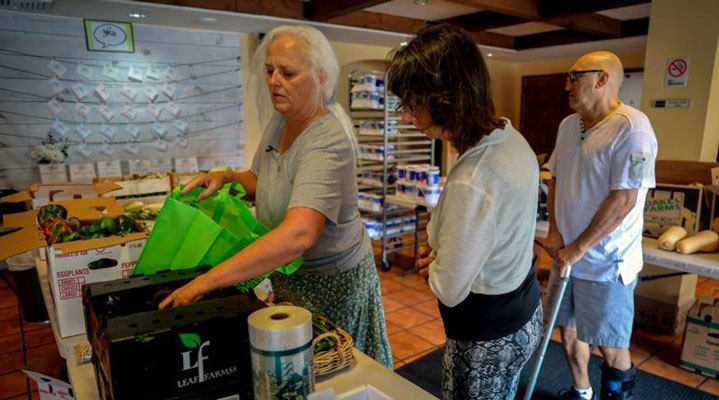 Photo By Robert Tann/News21: Since the early days of the COVID-19 pandemic in 2020, Sister Robin Haines, left, has been supplying her community in Fort Lauderdale, Florida, with fresh, healthful food. “We’ve been able to bolster people not just physically, but also mentally and spiritually,” she says.

More than 42% of Americans are obese, according to the Centers for Disease Control and Prevention. Nearly half of adults have hypertension, and heart disease contributes to 1 in every 4 deaths in the U.S.

When the pandemic was declared in March 2020, a population riddled with underlying conditions found itself unable to fend off the coronavirus that causes COVID-19. The U.S. has recorded the most COVID-19 deaths in the world, with more than 652,000 and rising by more than 1,000 a day, the CDC says.

Researchers are studying possible connections between poor diet and America’s staggering death toll. Early studies show deaths could be affected by multiple factors, including rates of vaccination, mask and social distancing policies, and environmental pollution.
But the types of food that Americans eat – spurred by government policies and discrimination against people of color – may be another cause, researchers say.

“I think … beyond a doubt that poor nutrition has contributed to more severe COVID outcomes, more hospitalizations, and more deaths,” said Dr. Dariush Mozaffarian, dean of the Tufts Friedman School of Nutrition Science and Policy in Boston.

Mozaffarian co-authored a study published in February estimating that about two-thirds of COVID-19 hospitalizations in the U.S. are due to just four conditions: obesity, diabetes, hypertension, and heart failure. Mozaffarian called COVID-19 the perfect storm for these underlying conditions to wreak havoc on the body.

According to a CDC analysis of more than 148,000 COVID-19 patients from April 1 to Dec. 31, 2020, 78% were overweight or obese. The agency flagged obesity as a major risk for hospitalization and death from COVID-19.

“Clearly, our poor diet, our poor health has contributed to this extremely sobering number of deaths that we’ve seen through COVID,” said Carey Gillam, an investigative journalist and public interest researcher for US Right to Know, a nonprofit food policy research group in Oakland, California.

Gillam said the federal government has long neglected to support more healthful eating in America. Her reporting has exposed the ties between government agencies and corporations.

“For decades now, our government has really supported unhealthy food choices, and they have been led down this path by very powerful and wealthy food conglomerates,” Gillam said. “There are programs in place and subsidy programs that support growing monoculture, corn and soybeans, that are used as ingredients in a lot of fast foods. There aren’t a lot of good programs out there to support growing organic food or growing (a) more diverse supply of food.”

The disparities in diet-related illnesses also correlate with the coronavirus’ disproportionate effects on communities of color.

A September 2020 article in the New England Journal of Medicine cites a study of five New York City boroughs that found the rate of hospitalizations and deaths due to COVID-19 was highest in the Bronx, which also has the highest rates of obesity and food-related disease of those five boroughs. The disparities, the article states, could have made the borough’s predominantly Black and Hispanic residents more vulnerable to the effects of COVID-19.

“Middle-class, predominantly white areas typically have (an) abundance of food choices,” Kato said. “Lower-income areas, the communities of color tend to have much more limited options if there is any grocery stores.”

Kato co-authored a May 2020 study noting that diet tends to be viewed in society as an individual choice. Instead, the study found, diet-related conditions are the result of the racism and classism prevalent in the production and distribution of food.

“Oftentimes, the problem isn’t so much that people don’t know that people should eat healthy,” Kato said. “It’s just really more about access to the tools to do what they already know they need to do.”

Food deserts, which are areas where the nearest grocery store is at least a mile away, and food swamps, where fast-food outlets outnumber healthful food options, tend to be found in lower-income areas. According to the most recent report from the USDA, about 39.5 million people live in low-income areas with little access to healthful food.

Even when a supermarket offering healthier options moves into a neighborhood, Kato said, it risks displacing lower-income communities who can’t afford higher costs.

“Is it really solving food security issues,” she asked, “if the people who actually live in that neighborhood … get displaced and get further moved away from the places where they used to afford housing and food and no longer (can) afford either?”

Before the pandemic, 22% of Arizona households experienced “limited or inconsistent access to nutritious and affordable food,” which increased to 28% in the first four months of 2021, according to a study by Arizona State University researchers and the National Food Access and COVID Research Team, which has members from ASU and the University of Arizona.

As the pandemic left millions of Americans hungry, community members stepped up to help families in need.

“People come to us because they’ll say, ‘What I ate from you doesn’t taste like what I buy in the grocery store,’” she said. “We’ve been able to bolster people not just physically, but also mentally and spiritually.”

“When I first saw the picture on social media, I couldn’t believe it because we don’t have mountains or hills here in South Florida, and I’m like, ‘What is that?’” Haines recalled. “I zoomed in and it was yellow squash and zucchini.”

Haines drove north to collect the produce and bring it back to her church, where she distributed the food on the street, attracting people through a Facebook event. She soon began raising money to buy boxes of produce from the farmers, and before long, Haines had started her own food pantry.

Haines said her pantry initially focused on feeding service workers who lost their jobs during lockdowns, but she soon began attracting people from all across the city. At times, she would feed up to 60 families on Saturday afternoons. Now she averages about 20 families per week.

“In the beginning, we had to work so hard with people because they were ashamed; they didn’t want to come back,” Haines said. “But then as we were able to slowly get to know people more, that’s when we began to hear more stories … and that helped.”

Visitors to Haines’s pantry are met with a medley of produce, including corn, bell peppers, and mangos. Haines tailors her service to each customer who walks through her doors, asking what food they would like from her table before placing it in a bag and sending them on their way.

Haines said she wished the farm-to-community style of her market were more commonplace in America. If it were, she said, millions of people might find themselves living in a much healthier country.

“COVID just opened the lid off of looking at how crazy things are here in America as far as one, food waste, and two, access,” Haines said. “Most people can’t afford the type of food that we’re giving away for free. And I love giving stuff away for free. To me I think it’s just so radical … and I don’t want to stop.”

But it will take a nationwide wake-up call to improve America’s eating habits, according to Gillam, a journalist, and researcher. Until then, she fears the country will be unprepared for the next crisis.

The data “tells us we are not prepared for another COVID, for another pandemic,” Gillam said. “We need to pay attention and get ourselves healthy.”

This story was produced in collaboration with the Walter Cronkite School-based Carnegie-Knight News21 “Unmasking America,” a national reporting project on the lingering toll of COVID-19. Check out the full project and the project’s blog here. 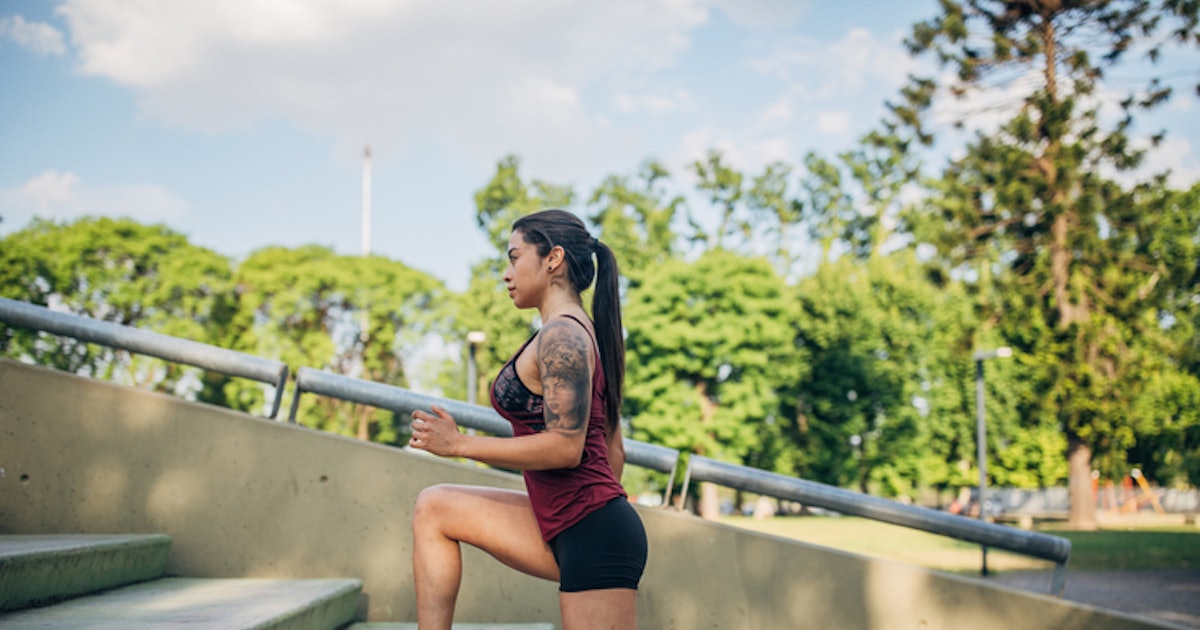