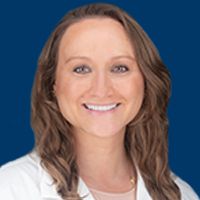 “In the frontline setting of ES-SCLC, we give immunotherapy with carboplatin and etoposide to everyone unless there is a major contraindication. For patients who are refractory to platinum-doublet chemotherapy, lurbinectedin does work and has shown good results,” said Pellini.

“For patients who are not refractory [to a platinum doublet] and have platinum-sensitive disease, we may choose to rechallenge them with a platinum doublet or give them lurbinectedin depending on the timing of relapse and based on their performance status, bloodwork, and preference, as well as provider preference,” Pellini added.

In an interview with OncLive® during an Institutional Perspectives in Cancer webinar on lung cancer, Pellini, an assistant member at the Department of Thoracic Oncology at the H. Lee Moffitt Cancer Center and an assistant professor at Morsani College of Medicine at the University of South Florida, discussed the current state of treatment in ES-SCLC, the importance of including a diverse and representative patient population in clinical trials, and ongoing research in ES-SCLC.

Pellini: The IMpower133 and CASPIAN studies really changed the way we manage patients [with SCLC]. Immunotherapy combined with a platinum-doublet become the standard of care [based on the results of these trials], which showed [an improvement in] overall survival [(OS) with that approach]. [The regimens] also didn’t [lead to increased] toxicity because immunotherapy is very well tolerated. Additionally, the chemotherapy length didn’t increase. [Instead,] [patients receive] maintenance [immuno]therapy [after] they complete the induction phase.

Obviously, we’re happy with anything that can improve outcomes [for our patients]. Today, we should [give immunotherapy plus a platinum doublet] unless patients have a contraindication for immunotherapy that would prevent them from getting this type of drug.

How could including a diverse patient population in clinical trials inform a drug’s utility in SCLC?

Sometimes there are differences in the tumoral landscape of patients based on their ancestry and race. It is very important to have a study that encompasses patients from all ancestry backgrounds, so that we know whether this would work regardless of race or ethnicity. In non–small cell lung cancer, we learned that depending on [a patient’s] ancestry, they may have [a particular] mutation. SCLC is slightly different because we don’t have this paradigm of mutations driving therapy [selection].

It is important to know [whether a treatment] will work regardless of a patient’s race or ethnicity because we don’t [want to] give [a treatment] to somebody that we believe won’t work.

Tumor mutational burden [TMB] has been studied. We are trying to harmonize all the assays on the market to [determine] the cut-off for high TMB and low TMB. [TMB] has been shown to correlate with response to immunotherapy. In one of the studies, [investigators] broke down different cut-offs of TMB and showed that regardless of TMB [expression], the addition of immunotherapy improved outcomes.

How do the regimens of the IMpower133 and CASPIAN trials compare?

We shouldn’t compare trials when they haven’t been compared head-to-head with the same patient population. However, when we compare the data [from the IMpower133 and CASPIAN trials] side by side, the progression-free survival [PFS], OS, and response rates look very similar from both studies. Therefore, it doesn’t matter which immunotherapy we choose to give.

Having said that, a lot of drug companies are trying to study higher doses [of immunotherapy] for longer intervals because of [the potential to increase] patient comfort. We could see changes in the frequency [of immunotherapy dosing] in the future.

What research is poised to further evolve the frontline setting? What challenges exist in studying novel frontline therapies?

A few therapies [are under investigation] based on markers in the tumor cells that would add on to the chemoimmunotherapy drugs we already know work. It’s very challenging to study different combinations in the frontline setting because with those patients, we don’t have the benefits of time. SCLC is aggressive and grows fast, so we need to treat [these patients], usually within a few days if they present with extensive-stage disease. [Treatment selection] is not something we can sit on for 2 weeks, 3 weeks, or 1 month. Unless studies allow for [us to treat patients] in a timely fashion, it is more challenging to accrue patients onto biomarker-based studies with that timeframe in mind.

With the approval of lurbinectedin, should topotecan remain a comparator against investigational second-line regimens in ES-SCLC?

Whenever we do studies in second-line ES-SCLC, the comparative arm is topotecan. I don’t know if this is the reality everywhere, but at Moffitt Cancer Center, we never give topotecan in practice. It is unfortunate that we always have to compare [investigational regimens] to topotecan.

There are other chemotherapies that we can use in [the second-line setting] as well, but [those] come with toxicities. Lurbinectedin is very well tolerated from my experience, and I haven’t had any issues so far as I know. It is a recent approval, but my colleagues and I give it [to our patients]. It is my [preferred] choice in the second-line setting and beyond following platinum-doublet therapy.

How does a patient’s platinum-free interval affect treatment selection in the second-line and beyond settings?

That is a good question that is up for debate. A European study compared giving a platinum doublet after 90 days vs after 6 months [of prior platinum]. [The investigators] saw that if patients progress after 90 days, even if it just 91 days, [a platinum doublet] would still work. Therefore, the data show that if [the time since the last platinum chemotherapy] is over 90 days, we are OK to rechallenge.

In practice, I’ve seen a lot of people try the platinum doublet again if [the patient progresses] beyond 6 months [after last platinum chemotherapy]. Ninety days to 180 days is kind of a gray area because we don’t have a lot of data [in that regard]. Lurbinectedin has shown activity in patients who are platinum resistant and platinum sensitive.

What would I give if [a patient progressed] beyond 6 months? Personally, if my patient is fit, I would try platinum-etoposide again because there is a good chance of [the treatment] working. If [a patient progresses] between 90 days and 180 days, I will choose [treatment] on a case-by-case basis because I don’t think a one-size-fits-all [approach is appropriate. In patients who progress] less than 90 days [following platinum chemotherapy], I’m not going to give platinum because we know it doesn’t work. Lurbinectedin should be the drug of choice. In that 90-to-180-day period, we have to take into consideration AEs of platinum doublets. How did this patient tolerate [the platinum doublet] in the frontline setting? What is their performance status now? [Chemotherapy] is more toxic vs lurbinectedin just based on the safety profiles and AEs.

Are there any ongoing studies that could continue the momentum observed in ES-SCLC?

We have an ongoing study [open] at Moffitt Cancer Center that is testing lurbinectedin with immunotherapy [NCT04610658]. If I can, I will enroll my patients on it, but it is sometimes challenging [to find open] slots.